Well, I know probably half the female population of a certain age in the UK would say YES to coffee with Aidan Turner. He’s the actor currently depicting Ross Poldark from Winston Graham’s novels on BBC TV.  Unfortunately, I can only offer you an imaginary coffee with the fictional character.

In the story, Poldark lives in Cornwall during the turbulent late 1700’s.  I’ve always loved this period of history, mainly because of the revolutionary attitudes bubbling through society.  There was a huge contrast between the wealth of the Ruling Classes and the poverty of the lower classes. 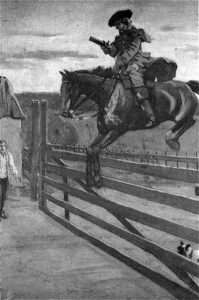 I also love the flamboyant fashions of both the men and women.  Men favoured knee high boots and overcoats, whilst women had long, pretty dresses.  I think these clothes have heightened the mythology surrounding criminals like the highwayman Dick Turpin, smugglers and pirates of the time.

So, if I had lived during this period, could I have fuelled my coffee addiction?

Well, coffee houses began opening in Oxford as early as 1654 (The Queen’s Lane Coffee House, which is still in existence and on my “to do list”  http://www.qlcoffeehouse.com), followed by London.  These coffee houses soon became fashionable places for all of society to meet and conduct business, exchange ideas and talk about current affairs – just as we do today.  They developed the nickname of “penny universities” as the mixture of people and discussions provided an alternative education for a penny entrance fee.

Each coffee house was known for the political persuasion, interests and occupations of it’s clients.  The London Stock Exchange developed from ‘Jonathan’s Coffee House’ and ‘Lloyds Coffee House’ developed into the insurance company Lloyds of London.

I think Poldark would have loved this mixture of people from all ranks of society.

In 1739, there were over 550 coffee houses in London. There is little historical evidence to suggest coffee houses spread to rural areas so it’s probably unlikely that Poldark would have found one in the High Street of Bodmin or Truro.

Could I have drunk coffee with Poldark?

– probably not, as women didn’t seem to be included in the coffee drinking culture.  So, Demelza and I wouldn’t have been sipping Americanos together. More importantly the coffee on offer apparently tasted disgusting.  It was popular purely for the caffeine ‘buzz’ it provided.

Whilst coffee experienced huge popularity from the 1600’s to the mid 1700’s, by the time of Poldark’s story, coffee was being replaced by tea, which grew to prominence in Victorian times.  It’s interesting that tea is perceived as the mainstay of English culture even though it was coffee that rose to popularity first.  Now coffee is returning to its former glory, with coffee shops everywhere!

If you do fancy coffee with Ross Poldark, then you will have to delve into the novels on your next coffee break.  You can click on the link below to get you started.

I’d love to know, in the comments below, your favourite history period or character so we can all guess whether they were drinking coffee or tea.

This is a completely independent review but I do have an affiliate link with Amazon.